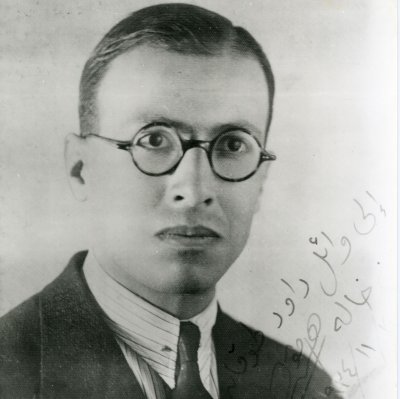 Ibrahim Tuqan was born in Nablus. His father was Abd al-Fattah Tuqan; his mother was Fawziyya Amin Asqalan. He had four brothers, Yusuf, Ahmad, Rahmi, and Nimr, and three sisters, Fadwa, Fataya, and Adiba. His wife was Samia Qasim Abdul-Hadi. He had two children, Jafar and Urayb.

His elementary education was completed at the Rashadiyya Gharbiyya School in Nablus where he spent four years, the years of World War I. After the British occupation of Palestine, he moved, aged fourteen, to St. George’s School in Jerusalem, where he met one of its teachers, Nakhla Zurayq, a nationalist and a scholar widely versed in Arabic and Islamic literature. Through his brother Ahmad, a student at Zion College (Bishop Gobat’s School) in Jerusalem, he acquired a substantial knowledge of both ancient and modern poetry. He published his first ode in 1923.

Completing his education at St. George’s, he enrolled in the American University of Beirut (AUB) in 1923. During the first semester of his second year he composed an ode entitled al-Mumarridat [Nurses], also known as Mala’ikat al-rahma [Angels of Mercy]; it was published in the Beirut daily al-Ma‘rad. This was the first ode that gained him recognition in Lebanon. An ailment prevented him from completing the semester, and he returned to Nablus.

In 1929 Tuqan obtained a BA in literature and then returned to teach Arabic literature at the Najah School in Nablus. He stayed there for one year during which Palestine witnessed the massive uprising of August 1929. Tuqan began to compose nationalist poetry. Among the most famous odes of that period was al-Thulatha’ al-hamra’  [The Red Tuesday], which he recited at the annual school commencement, barely ten days after the 17 June 1930 execution of Fouad Hijazi, Muhammad Jamjoum, and Atta al-Zeer, the three martyrs of that uprising.

At the invitation of the Arabic Department of AUB, he returned to Beirut and taught at the university for two years (1930–32). At the end of the second year of teaching, he resigned his post and returned to Palestine where he taught at the Rashidiyya School in Jerusalem. However, the stomach ailment he had contracted as a schoolboy grew more severe. Following a successful operation in January 1933, he abandoned teaching and worked at the Nablus Municipality for two years. During this period he composed nationalist odes and published them in the daily al-Difa‘ where they gained a mass readership.

In 1936 Tuqan took up a new post in the Arabic Section of Jerusalem Radio, founded that year. For four years he supervised the section and devoted all his energy to it. Arguably his most significant accomplishment at that time was the determined resistance he put up against a group who sought to make colloquial Arabic the dominant mode of speech in broadcasted talks and interviews. This was one reason he was dismissed from his job in October 1940.

He then moved to Baghdad to teach at one of its academies, but barely two months after his arrival his sickness intensified and forced him to return to Nablus; he was admitted to the French Hospital in Jerusalem and died a few days later, on 2 May. He was buried in Nablus.

Ibrahim Tuqan is widely considered a pioneering Palestinian poet of the twentieth century. His poetic talent appeared at an early age due to several influences among which one might mention his brother Ahmad, who introduced him to ancient and modern Arabic poetry; the effect of the literary and poetic environment in Beirut during his years of study there; and his in-depth study of the Qur’an. His poetry was revolutionary and nationalist in character; he sang of the land, attacking those who sold it, lauding heroes and martyrs, and criticizing the quarrels among leaders.

Among his most famous odes was Mawtini, written in 1934, which spread throughout the Arab world and was put to music by the composer Muhammad Flayfil. It became the unofficial anthem of the State of Palestine and the Iraqi anthem after the US invasion in 2003. A collection of his poetry (Diwan Ibrahim Tuqan) was published in Beirut in 1955.

The PLO posthumously awarded him the Jerusalem Medal for Culture, Arts and Literature in January 1990. His life was the subject of an Iraqi TV serial entitled “Ibrahim Tuqan.”

The Contradictory Effects of a Government-Run Station