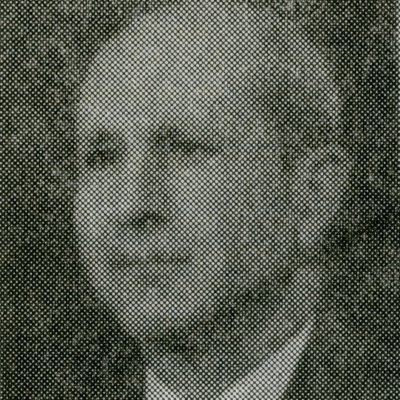 He and his wife, Ruqayya Haqqi, had a son, Sa‘id.

He began his elementary school education in Tulkarm and then moved to the Sultan Zahir School in Damascus. He completed his secondary education in al-Salt (Trans-Jordan) and then in Maktab Anbar in Damascus; he obtained the Syrian baccalauréat in 1927.

His nationalist activities began at an early age, while still a student at the Sultan Zahir School and in Maktab Anbar, where he took part in student strikes and demonstrations such as the demonstration against the visit of Lord Balfour to Damascus in April 1925, and the strikes organized against the French Mandate and in solidarity with the Syrian Revolt in July 1925.

Karmi returned to Palestine in 1927 where he was appointed as a teacher first at the Umariyya School and then at the Rashidiyya School in Jerusalem. At night he studied at the Jerusalem Law Classes. While still a teacher he wrote some literary essays in the Mir’at al-Sharq newspaper. Together with a number of well-known men of letters such as Khalil al-Budairi and Ra’if Khuri, he took part in founding the Pen League (‘Usbat al-qalam) and participated in the activities of the Young Men’s Christian Association and the Arab Orthodox Club in Jerusalem and Haifa.

Among his earliest literary efforts was an ode entitled “Mount al-Mukabir, O Palestine,” in which he attacked the British Mandate for having built, in the mid 1930s, the High Commissioner’s Mansion on Jabal Mukabir. (From the summit of this mountain, Caliph Umar ibn al-Khattab first viewed Jerusalem upon arriving to receive the city’s surrender after its conquest in 638; he was reported as having exclaimed “Allahu Akbar!” “Mukabir” means the person who utters this exclamation.) Karmi compared that mansion to the Bastille.

When the Arab kings and princes issued their proclamation in October 1936, calling on the Palestinians to discontinue their general strike against Britain’s pro-Zionist policies, Karmi wrote another ode attacking those kings and princes, entitled “The Flame of Poetry.” This ode caused a wide uproar and became part of the heritage of the 1936 Great Palestinian Rebellion.

When the British authorities dismissed him from his teaching post at the Rashidiyya College, as a punishment for having written that ode, he worked in the literary section of the Palestine Broadcasting Service and pursued his legal studies at the Jerusalem Law Classes from which he graduated in 1941. He then moved to Haifa where he practiced law until 1948.

In late April 1948, he was forced to leave Haifa when it fell to the Zionist forces. He went to Lebanon and continued to Syria, taking refuge in Damascus, where he worked first as a teacher and then as an official in the Ministry of Information and finally as a lawyer.

He participated in the First Palestine National Congress held in Jerusalem in late May 1964, which proclaimed the creation of the Palestine Liberation Organization (PLO), and he participated in all subsequent congresses until his death.

Having taken part as a delegate of the PLO in the conference that founded the Afro-Asian Solidarity Organization held in Cairo in 1964, Karmi was appointed an official responsible for Afro-Asian solidarity in the PLO. He also took part in the conferences of the Union of Asian and African Writers and in the World Peace Council.

The Union of Asian and African Writers awarded him the annual Lotus Prize for Literature on 1 July 1979; it was given by the president of Angola. In that same year, the PLO organized a ceremony in his honor in Beirut attended by Palestinian leaders and prominent figures as well as poets from a number of Arab countries.

In 1980, Karmi was elected president of the General Union of Palestinian Writers and Journalists.

While attending a solidarity conference in Moscow, Karmi fell ill and was transferred to the United States, where he died following surgery on 11 October 1980.

His body was transported to Damascus where a mass funeral, official and popular, was organized, and he was buried in the Martyrs Cemetery.

Abd al-Karim al-Karmi was one of Palestine’s major poets. He was both a man of letters and an activist who managed to combine patriotism with nationalism and internationalism. He was particularly concerned to reach the youth whom he regarded as the hope of the future. He was a close friend with the poet Ibrahim Tuqan and with the martyred poet Abd al-Rahim Mahmud. He chose the pen name Abu Salma to sign his articles and poems.

In 1990, the PLO awarded him the Jerusalem Medal for Culture, Arts and Literature.

[Songs of My Country]

[My Brush Is from Palestine]

[The Struggle of the Arabs of Palestine]

[The Works of Ahmad Shakir al-Karmi: Literary, Critical and Fictional]