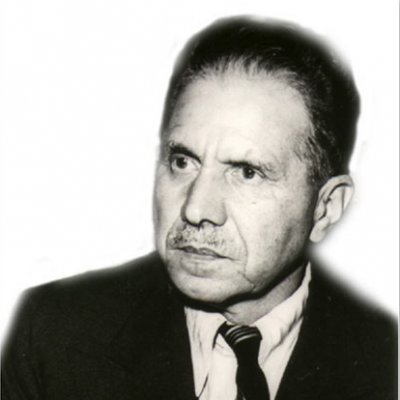 Jamal al-Husseini was born in Jerusalem. His father was Muhammad Salih; his mother was Zalikha Muhammad Salim al-Husseini; and he had seven brothers and two sisters. He and his wife, Ni‘mati al-Alami, had six sons—Hasan, Khalid, Muhammad, Nawwaf, Jalal, and Sari—and six daughters—Serene, Malak, Jumana, Hala, Nawf and Haifa.

Following the British occupation of Palestine, Husseini was appointed secretary to the Department of Public Health in Jerusalem and then deputy to the Nablus District Commissioner. In 1920, he resigned his government post and founded a translation bureau.

Husseini joined the Palestinian national movement in 1921, when he was chosen secretary of the Fourth Palestine National Congress held in Jerusalem. He continued to be a member of the secretariat of the executive committees that emanated from the fifth, sixth, and seventh (last) Palestinian congresses, the latter having convened in Jerusalem in June 1928. He also worked for a while as secretary of the Supreme Muslim Council and was a member of the delegation of the Arab Executive Committee, which travelled to London in March 1930 to negotiate with British government representatives.

As secretary of the Arab Executive Committee, Husseini was one of the organizers and speakers of the Great Arab Conference held in Nablus on 18 September 1931 to protest the repression exercised by the British authorities upon those who demonstrated against the arming of Jews. In that same capacity, he took part in the proceedings of the Pan-Islamic Congress held in Jerusalem in December 1931, whose aim was to defend Muslim sanctuaries in Jerusalem against Zionist schemes.

Husseini was a member of the Higher Committee of the National Fund established in September 1932 and headed by Ahmad Hilmi Abd al-Baqi. The fund was the nucleus of the company that was later established under the name The Arab Company to Save the Land of Palestine.

Husseini was one of the leaders of the massive demonstration in Jerusalem in October 1933 and the demonstration in Jaffa in the same month. The British authorities arrested him along with other nationalist leaders and interned him in Acre prison, where he was subsequently sentenced to ten months in jail with hard labor. However, he was released a short while later along with the other interned demonstrators who agreed to be released in return for a written undertaking.

Husseini headed the preparatory committee charged with establishing the Palestine Arab Party, which was officially founded on 27 March 1935. He was chosen unanimously as its leader. Among the objectives of that party was to struggle for the independence of Palestine, an end to the Mandate, the preservation of the Arab character of Palestine, resistance to the creation of a Jewish national home, and union between Palestine and the other Arab countries.

In June 1936, Husseini headed an Arab Higher Committee delegation to London on a media mission and appeared as a witness before the Royal Commission of Inquiry, the Peel Commission.

In early autumn 1937, Husseini travelled secretly to Lebanon when the British authorities decided to arrest all members of the Arab Higher Committee.

In September 1937, he participated in the Pan-Arab conference held in the Syrian town of Bludan, which called for rejecting and resisting the Palestine partition scheme proposed by the Peel Commission.

In February 1939, Haj Amin al-Husseini delegated him to head the Palestinian delegation to the London Round Table Conference. He read out the statement prepared by that delegation, which called for recognition of the Arabs’ right to the total independence of their country, an end to the attempt to create a Jewish national home in Palestine, a final end to Jewish immigration and the sale of land to Jews, and an end to the British Mandate, to be replaced by a treaty similar to the treaty between Britain and Iraq.

From Lebanon, Husseini moved to Iraq at the outbreak of World War II and in 1941 sought refuge in Iran following the collapse of the anti-British rebellion led by Rashid Ali al-Kailani.

The British authorities in Iran arrested him, confining him first in al-Ahwaz detention camp and later in a detention camp in Rhodesia where he spent four years. It was only at the beginning of 1946 that the authorities allowed him to return to Palestine, where he was received with great popular acclaim.

Husseini resumed his political activity at the head of the Palestine Arab Party and headed an organization called al-Futuwwa, which comprised a large number of youth acting as an extension of the party. He was also one of the Arab representatives who in March 1946 testified before the Anglo-American Committee of Inquiry then visiting Palestine.

On 12 June 1946, Husseini was chosen vice-president of the Arab Higher Committee in the absence of Haj Amin al-Husseini. The committee was reconstituted as a unified body under the sponsorship of the Arab League.

At the end of January 1947, he headed the Palestinian delegation sent to the second session of the London conference, held by the British government to discuss the Palestine problem at the request of Arab governments. At that conference Husseini delivered a short speech warning against the dangers of the rise of a Jewish state in Palestine to the entire Middle East region.

He was also a member of the Palestinian delegation headed by Haj Amin al-Husseini, which participated in the discussion of the Palestine problem in February 1947 in Cairo, during the meetings of the Political Committee of the Arab League.

Husseini was a member of the All-Palestine Government formed in Gaza in September 1948, which was headed by Ahmad Hilmi Abd al-Baqi. He also represented Palestine at a number of international meetings and especially at the United Nations.

Following the Nakba of 1948, Husseini left Palestine for Saudi Arabia, where he was appointed adviser to King Saud and worked in business.

Jamal al-Husseini had a strong and unyielding personality and was close to Haj Amin al-Husseini though he was not always on good terms with him. He was a good speaker and orator and was a leading Palestinian political figure during the British Mandate.

In 1990, the PLO awarded him the Jerusalem Medal for Culture, Arts and Literature.

Jamal al-Husseini died in Riyadh and was buried there.

[Along the Hijaz Railway]